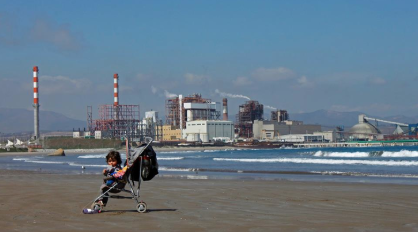 Everything starts with an integral conception of the human being, radically different from the conventional-Cartesian view that the human being is a brain encapsulated by the skin. An integral conception of the human being naturally acknowledges that we are much more than thoughts, be these rational, or irrational for that matter. I would say historically, at some point in our intellectual evolution, we realized feelings and emotions were weaknesses, for example because someone could believe in a lie simply as a result of an unhealthy emotional process (many other examples, you know what I mean). Historically too, at some point in our intellectual evolution many of us realized that our religious beliefs had plenty of dogma, sometimes manipulation, and even lies. So we decided we wanted a rigorous way to look for truth. This became science and the scientific method.

But when we did that, deciding it was rigorous reasoning that we would trust, we thought it was possible to set aside our emotions and feelings. It is not. This became simply an illusion. Feelings and emotions are always there no matter what, even if our will is to set them apart and even if we exert maximum discipline to apply serious thinking. For example, at times you can feel the negative judgment towards other people in a super serious scientific debate. Needless to say, when we make up our minds about a certain issue, it is almost surely an emotional phenomenon first that triggers or bases our opinion, which is followed by a rational process to find and elaborate a full justification, whatever that means for each one of us.

Of course there is much more to say, this is 1%.

“we thought it was possible to set aside our emotions and feelings. It is not.”

However, if you’re seriously enough committed to truth, at least I believe you will realize that modern science is widely just another type of religion, just smarter. It cannot scape dogma and preconceived unquestioned assumptions. For example, the cultural notion that reality is a physical phenomenon fully describable by facts and logic. It is not, why should it be? (The universe is not even linear so why should we expect reality to be describable by linear thinking?) Crucially, the notion that whatever the observer observes is separated from the observer. It is not. Therefore, there can never be a fully impartial nor an objective description of reality (much less the social reality), because it will always have something to do with the observer.

So, yes I’m talking about something very radical. But it is also very simple. I will tell how I see it, and of course others (like yourself) could extensively enrich my view. This is just a first step. Everything starts by recognizing the human being is also made up of feeling and emotions. Simply acknowledging that is already a start. Then at least questioning who the human being really is. Is it a brain, with feelings and emotions, encapsulated by the skin? At least question that, because at this point what we have is a cultural belief, not a truth. Perhaps, we are our heart at the very centre of our being, and the brain and our thoughts are just like our body: tools we can use at the service of what we really want, and ways to perceive the world. Perhaps we are a bigger mystery than that (for example, we can still question: are we a heart with brain and body and emotions, yet still encapsulated by the skin?). The point is we can’t deny our humanness, so at least we need to question the concept of our very being.

“I know very well the many reasons (emotional reasons actually) why many intellectuals will rapidly discard what I attempt to express. If you are seriously enough committed to truth, you will see there is no truth that is not essentially emotional.”

In education, where does this start? In the relationship among students and faculty. All of them full human beings, who can never fully hide the extent of their humanness. Who need not be ashamed by having emotions, nor by deciding their views and political opinions according to what they feel. In other words, permitting what already happens anyways. Making it visible. One example, that someone be permitted to say “I do not want that hydro-electrical power plant to be build, not because of data and logical arguments, but first simply because that’s how I feel” (please see When will we stop the destruction of nature?to go deeper about this point). The moment we start practicing this, and it is safe to feel however way you feel (meaning you’re not discriminated against for expressing how you feel), we start cultivating a space of trust where naturally honesty, sincerity arise. Otherwise, whatever lack of authenticity we may have we will carry it forward in our science, theory and practice, unavoidably.

(Notably, the word education essentially means leading from the inside out, as opposed to standard education, which is the contrary process. See my essay about holistic education and cultural deconstructionto go deeper on this point.)

Eventually of course, this should transform also the way we produce science and new knowledge (while perhaps deconstructing the knowledge we are so sure we already have). Again, what I’m saying here is simply 1% of what there is to be said. But I would say we need not worry about that so much. Simply changing the education environment will suffice. The rest will follow.

Last but not least. I am aware what I am proposing is too radical to become a standard for economic teaching. I know very well the many reasons (emotional reasons actually) why many intellectuals will rapidly discard what I attempt to express. If you are seriously enough committed to truth, you will see there is no truth that is not essentially emotional. So thank you for your commitment to your own truth.

At least three other essays I wrote will interest you: