What about pluralism for 16-18 year olds? - PEP - Promoting Economic Pluralism 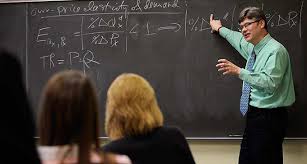 As both an economics graduate and A Level Economics teacher I have observed with great interest the Rethinking Economics Movement which emerged following the 2008 Financial Crisis. Criticisms levelled at university economic departments by their students included the lack of pluralism and real world application.

However, as an A Level Economics teacher, at times I have felt like a distant observer as the attention has been more on economics at university. A Levels are subject based qualifications that are studied by students at school or college in the UK prior to gaining entrance to university. Students normally study three A Levels over two years. Given that A Level Economics has received less attention, it seems appropriate to examine reforms to A Level Economics in more detail.

These reforms were also quite fortuitous because they presented A Level awarding bodies, also known as exam boards, with the opportunity to respond to the issues raised by university students. The main awarding bodies for A Level are Edexcel, AQA and OCR. Each of these has their own specification. It appears that these awarding bodies were aware of the Rethinking Economics movement. However, to what extent did they seize on the opportunity?

In the case of the Edexcel, Marx and Hayek were added to the specification. Some Behavioural Economics and Financial Economics were also added to the specifications of the three main awarding bodies. From a pluralism perspective, these were a welcome addition. The Behavioural Economics helps students to appreciate that man is not as rational as Neo-classical Economics would have us believe. The Financial Economics makes economics more relevant to the real world because it allows for the study of the 2008 Financial Crisis, and associated subjects such as austerity and quantitative easing.

However, although these changes have made A Level economics more pluralist, arguably the opportunity was not fully seized upon and changes have not gone far enough. Jon Clark, Head of Innovation & Resources at tutor2u.net, highlights that “the suggested economists remain very dead and very male”. There are many other economists and schools of thought that could be included, such as Kate Raworth and her Doughnut Economics. There is also a slightly mixed picture from one awarding body to the other. For example, it is only Edexcel which makes specific reference to Marx and Hayek, and even there they are only briefly brushed upon.

“multiple choice questions are still part of the exam”

As well as the content of specifications, changes have also arguably not gone far enough in respect to the assessment. For example, multiple choice questions are still part of the exam. University economics students were critical of how frequently they were assessed through multiple choice question because they require less critical thinking than other forms of assessment. The four main assessment objectives have also not changed much despite being reworded. It was decided against introducing a fifth assessment objective which would increase the mathematical content. However, this decision is not necessarily a bad thing because again university students were critical of the abstract nature of the quantitative methods they were taught and how little qualitative methods they were taught.

Although reforms can go further, it is useful for those calling for further reforms to be aware of the challenges and realities of making specifications more pluralist. For example, teachers are already faced with lesson time constraints and students who struggle to master even traditional economics. Would the introduction of pluralism exacerbate these? Although they require less critical thinking, multiple choice questions also make it easier for weaker students to access the course. In addition to this, how much can students, teachers and even examiners be expected to know about various economists and schools of thought? Related to this, more pluralism would likely make crucial examination marking and standardisation more complex.

“Those calling for further reforms, should also be aware that awarding bodies do not have a monopoly on change”

Those calling for further reforms, should also be aware that awarding bodies do not have a monopoly on change. Rather, awarding bodies are in many ways responsive to other influential stakeholders who are involved in the process of drafting a specification. In 2015, reforms were directed from the Department of Education and steered by Ofqual. Awarding bodies were then given a framework of content, and only some freedom to pick and choose other areas to flesh out the specification.

Awarding bodies are further constrained because universities are also involved in the process. Universities mainly want students to have a good grounding in mainstream economics and there is a strong incentive for awarding bodies to produce qualifications which universities recognise. In this respect, it is understandable why the Rethinking Economics movement has focused its attention on universities.

Even if all these stakeholders were to be in favour of making specifications more pluralist, there would be the challenge of them agreeing on which specific pluralist content should be included in the specification. Reaching agreement is particularly important in respect to assessment, especially because exam questions are only allowed to directly reference terminology from the specification.

To add to these challenges and realities, Adrian Spottiswoode, Assistant Principal Examiner for Edexcel, points out that “it is doubtful that A-Levels will be reformed again in the near future”. It is likely that new specifications will not be ready until 2023. However, this does not mean that we have to forget about pluralism in the meantime. Even without change from above, there are opportunities to expose students to more pluralism- what could these opportunities look like?

In some cases, students can be exposed to more pluralism in class without deviating from the existing specification, even where the specification does not make a direct reference to pluralism. There are plenty of opportunities to do this and awarding bodies would likely say that specifications already have the flexibility for this. For example, when students study the limitations of GDP, and specifically that unpaid (and mostly female) labour is not included in GDP, links can be made to Feminists Economics.

Cases such as this also allow students to use pluralism to evaluate traditional theories and therefore possibly do better on assessments. Saying that, it should be recognised that the benefits and reasons for teaching pluralism go beyond the benefits to assessment. For example, it helps students to be aware of different perspectives and have the ability to think critically. These are important skills, including for economists in the workplace.

As well as exposing students to pluralism during normal lesson time, students can be exposed to more pluralism by providing opportunities outside of standard lesson time. This will help to ensure that there is a enough lesson time for teachers to cover the main specification content. These outside opportunities could include extension reading, podcasts, extra-curricular activities, cross-curricular links, guest speakers and trips. In the case of extension reading, it could be aimed primarily at students that are starting to master the main specification content, and could come from books such as Rethinking Economics’ “An Introduction to Pluralist Economics”.

Some of these opportunities will require more work and creativity than others. However, it would be unfair to expect teachers to take sole responsibility for them. I am all too aware myself of the various demands that are already placed upon teachers. It is therefore possible for other stakeholders within the education and economic communities to contribute. For example, through creating lesson resources and running professional development for teachers. This presents opportunities for organisations, such as Promoting Economic Pluralism and tutor2u.net. These organisations could even work in partnership with each other. Support like this will also help to ensure that the teaching of pluralism is more consistent, rather than it depending on individual teachers and what they may or may not do.

Although the above provides an idea of what opportunities could look like, there needs to be more of a debate about them between the multitude of stakeholders. This debate also needs to be extended to pluralism at A Level more widely because it is apparent that A Level Economics has not been subject to the same scrutiny, debate and change as economics at university. Even if the awarding bodies, governing bodies and universities are unwilling to take this debate seriously, a strong grass roots movement at A Level could have the influence to drive change and get a response from above, just as university students have done so at universities. Let’s get the debate and movement going!