So interdisciplinarity, how hard can it be? And do we need a dog to keep us on track? - PEP - Promoting Economic Pluralism 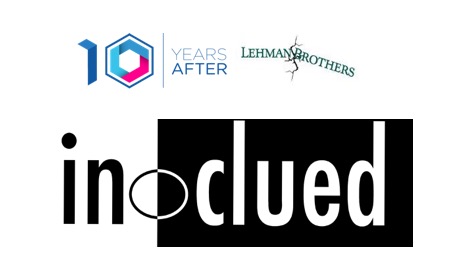 Interdisciplinarity is seen as a means of gaining new insight by some. But everyone agrees it is not easy. So how can you build the necessary respect, trust and understanding? We started the process with a panel discussion and then a more radical open space session. People seemed to enjoy it.  Lets see where we can go from here.

So you are an expert in your discipline and have a clear disciplinary career path in your university. You are respected by your peers. You have a language you all understand. Then you start talking to people in other disciplines. They may not even understand you let alone respect your expertise. So why bother with straying outside your discipline?

The potential reason is that precisely in that interaction with people with different knowledge and language, new inspiration may lie.  Certainly in economics, the intercourse between economics and psychology has led to 3 nobel prizes by my count (Simon, Kahneman, Thaler). Furthermore funders such as the ESRC are looking for interdisciplinary research to address climate change, sustainable prosperity, complexity and much more.  They believe that real problems generally require more than one disciplinary perspective to solve them.

So our workshop to launch our interdisciplinary network in-clued – yes, typically clever academic acronym – kicked off with a set of people who were well versed in interdisciplinarity and bore the scars.

We then had a range of stories of the good, the bad and the ugly of interdisciplinary encounters.

Angus Armstrong talked about the work he is leading at the Centre for Rebuilding Macro-Economicsand how a wide range of disciplines are being included. The management body includes an anthropologist and complexity scientist with meeting often having economists as the minority voice. However he recounted how conversations are not always easy and if not handled carefully can lead to defensiveness.

Susan Michie, Director of the UCL Centre for Behaviour Change, has a long history of involvement in interdisciplinary research with many lessons. For her the key ingredients included listening, respect and shared goals. But to make that possible you needed people with the capability, motivation and opportunity – not often found in the disciplinary dominated world of universites. But if it worked, people really enjoyed it.

Authur Turrell, from the Bank of England, recounted research he had done with Andy Haldane, that suggested economics as a discipline was worse than even maths when it came to interdisciplinarity research. This came from straightforward analysis of citations. So there was a challenge!

We then had a range of stories of the good, the bad and the ugly of interdisciplinary encounters. So with that in mind we started our own experiment in facilitating interdisciplinary dialogue using Open Space Technology led by the unflappable and indefatigable Andrew Carmichael.

Most there were virgins when it came to Open Space Techology.

This approach to conferences was invented by some-one who noticed how easily conference attendees were distracted by their iPhones (or asleep). He decided that this was because they weren’t really involved. So Open Space upends the idea of a conference by letting participants decide what they want to talk about. As a result people tend to get very involved and leave their screens behind (and even wake up). Furthermore if you are in one discussion and lose interest, the ‘law of two feet’ says you can move to join another.

Most there were virgins when it came to Open Space Techology. There seemed to be a long gap as no-one seemed to want to volunteer to discuss anything. Andrew kept signalling me to keep calm and wait. I did and suddenly everyone wanted to discuss something, which if you think about it is not surprising.  It is just in this case you have to stand in the middle of the group and explain what you really want to talk about. Of course you could find no-one wants to join your discussion.

We had a wide range of topics from reconsidering the point of universities to what lessons from biology could offer to understanding behaviour in economics. The latter was fortuitous as Angus Armstrong had commented that maybe the world would be a different place if economics had taken biology as its template rather than physics.  Reflect on what that could have led to.

So where do we go from here?

The high point for me was a discussion with Susan Michie about incentives. As an economist, I was sure what I meant by incentives. As a psychologist, Susan was sure too.  Slowly we recognised we were using the same word to mean different things.  It reminded me of negotiations in the OECD where most blockages were down to confusion due to language.

Afterwards we reflected together on our conversations and Francesca Medda gave a master class in interdisciplinary communication. She explained how equilibrium based models used in macro-economics were like assuming a drunkard had a dog to help him return to the straight and narrow as he careered about the place. The trouble was that no-one really knew what the dog was, or whether it was really a cat or a figment of economic imagination.

So where do we go from here? There were various suggestions such as:

Then we then went to the Pub. The one lesson I took away from other presentations on interdisciplinary was the key role of alcohol. Now we will consider where we can go next without a dog to lead us.