Competitive tendering makes no sense for solving complex problems. Are we stuck with it? - PEP - Promoting Economic Pluralism 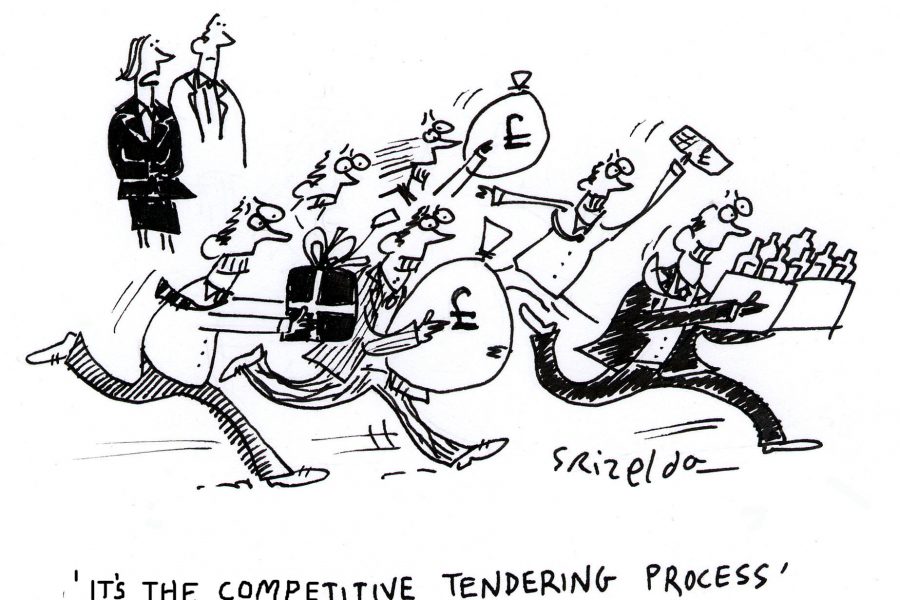 I have a problem. I don’t really understand it. This sort of problem has never been solved before. Yet I want you to tell me how you are going to go about solving it and at what cost. That seems like madness but it is every day life. It is called competitive tendering. It is a game many of us know well and play on a daily basis, and at some level know to be often crazy. How did we get here? Does it matter? Are we stuck with it?

It may seem that in the context of the big question of what we should do ’10 years after’, the issue of competitive tendering is relatively trivial. You may think it is just an inescapable fact of life which we are better off not complaining about. Yet it affects a lot of the dynamics in relationships which could be crucial for solving complex problems. And if you avoid using it, you are probably unable to access outside expertise which may be crucial for tackling a complex problem. If your business model is to provide consultancy or other services to Government or big business, you probably cannot avoid it. So if we are going to effectively address complex or wicked problems, maybe we should seek alternative approaches.

However procurement rules are modern day holy writ. They are based on seemingly unassailable logic. If you hire outside contractors, you need to get the best price. They will want to get the most revenue possible and do the least work. The only way we can avoid our company or our public sector being ‘taken for a ride’ is to use competition to ensure we get value for money. To do anything else is to invite cronyism and corruption, where fat cat consultants rake it in providing back handers in the way of favours to those hiring. Who would want that (apart from potentially fat cats)?

Firstly we must understand that competitive tendering is a classic product of standard economic thinking.

Furthermore they are written in stone by a group of people who do a job we think we would hate. It is ironic that a ‘market mechanism’ has produced roles that seem to fit the classic picture of bureaucrats. Holders of those roles are required to rigorously, righteously and relentlessly enforce competitive tendering rules. So how can change be possible? Are those complaining just seeking to make more money?

Firstly we must understand that competitive tendering is a classic product of standard economic thinking. You know that really dull subject you may have had a brief and unhappy interaction with at university if you weren’t up to deal with the mathematical requirements. Please do not switch off at this point, as it is too important to leave this to economists and remarkably economics can actually be interesting. More on that later.

….we really invite them to work out which guess is likely to win the contract while minimising their risks from making losses due to winning and ending up ‘holding the baby’

Now of course these assumptions are clearly by definition false in the context of complex problems. Clearly there is not full information, nowhere near (and actually probably limited competition given the sort of expertise required). If we act as if there should be full information, we require tenderers to play a guessing game with the high likelihood (if probability makes any sense here) they will get it wrong.

Furthermore we really invite them to work out which guess is likely to win the contract while minimising their risks from making losses due to winning and ending up ‘holding the baby’. We create an illogical game that potential contractors are forced to play. And in an illogical game which no-one really respects, it easily becomes a game of tactics which bears no resemblance to actually creating a constructive collaborative relationship to solve the problem based on a fair return. After all if you don’t play the game as well as possible, you are going to lose aren’t you?

..we can only see the business of contracting out through the lens of rationality and competition

So did you notice what I did there? I snuck in some new concepts: construction collaborative relationships and a fair return. Now you will not find those in an economics text book. However you know what they mean and luckily, there are other methods of thinking about economics that understand them too, such as institutional economics. They are just not taught and most people who go through the economics degree sausage machine, are totally unaware of them. Most courses as the great book Econocracy points out, just require you to regurgitate standard theory or answer multiple choice questions. By the way I am clearly not suggesting eating sausages is likely to lead to regurgitation….

And here we have the connection to ‘1o years after’. Famously the Queen asked, ‘why did no-one see it coming’. The answer was that the people in charge were stuck in a particular group think paradigm which didn’t allow them to ‘see’ it. In a similar way because we have to ‘see’ life through the dominant lens of mainstream or Neo-classical economics, we can only see the business of contracting out through the lens of rationality and competition.

However I believe that we can break out of that mindset and recognise there are other ways of ‘seeing’ the economy if we actually learn about them and as a bonus, they are actually interesting! This then can allow us to rethink how we run contracting and develop processes to create sensible approaches that are actually much more likely to deliver value for money.

New Economic Knowledge Services, the subsidiary of PEP, has developed a simple approach to contracting based on institutional and complexity economic thinking: you break up the process into phases and create a collaborative, learning process which each party can walk away from at the end of each phase if they are not happy with it. The process itself builds trust, fosters collaboration and may even lead to solutions to complex problems.

You may have a better answer but at the moment it is probably not even worth discussing them. How can this change? I believe we must take up the opportunity given by the anniversary of a crisis to change how we think. So join the 10 years after the project and lets create better ways of managing our economy.