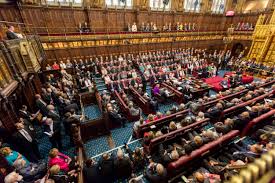 One week into the online dialogue, we are already seeing a range of interesting debates emerging. Here are a flavour of three that interested us: How much economics should be required? What are we looking for pluralism in? Should there be a role for the heart as well as the head? So what to you think?

At the start of this process, we purposely set out initially to identify a diverse set of masters programmes as potentially taking a pluralist approach to economics teaching as you can see here. If you like, we went for a ‘big tent’ approach in reaction to the requirement for extreme conformity in mainstream economics departments.

Our lose criteria were that the programme included a focus on economic issues and welcomed diverse perspectives. However we knew that this needed further focus so it is great the following proposal has been added by Alberto Botta, an economist at the University of Greenwich, to get the debate going:

“A precondition for the accreditation process to take place is the definition of which master programs could be eligible for entering the accreditation process itself. It is important not to extend too much the set of eligible programs to all types of master programs having “some kind” of economics among their courses, but “diluted” with a variety of other disciplines. It is important that economics stands out as leading discipline approached through a variety of different school of thoughts”

So how do you define economics? By methodology or subject of study?

On the first point one suggestion was that “economics must make up at least 50% of the taught course material”. But of course first you have address the 2nd point as to what counts as economics before you can count how much there is of it.

So how do you define economics? By methodology or subject of study?

However if we go for the latter, which seems to be a common the practice in other disciplines, this also seems to create a lot of challenges. Where does the economy start and end as a subject of study?

Where does the economy start and end as a subject of study?

To make this more concrete in your mind, you might want to quickly look at contrasting programmes outside the economics department at the LSE:

The first would probably seem to be a no brainer as eligible both in terms of subject and methodologies.  If you look at the second, it also seems to tick the subject and methodology box although it is in a psychology dept. Actually it only doesn’t have economics in the title as the Dept of Economics wouldn’t allow it to use the term – clearly the language in these descriptions more generally could be dictated by avoiding trouble with the economic department! The third again ticks both boxes but on the face of it may not be pluralist as only seems to reference a neo-classical paradigm. The last two clearly seem to be examining the economic phenonema but are clearly not claiming to teach economics per se.  Should these last be eligible for at least consideration for accreditation? or not? If not, why not?

To further flush this debate out and test the balance of opinion, I have added another proposal in line with the latter approach of focusing on the subject of study. We await your thoughts to help us sort through these challenging issues.

“the deepest problem with conventional economics” as its being “exclusively intellectual. Thus leaving aside our heart, with its legitimate feelings and emotions.”

Another area for debate was the question of what we needed pluralism of. Was it economic approaches, schools of thought or paradigms? Also many thought providing awareness was not enough. The context and history were key too. Another area for thoughts please.

Lastly we thought the proposal that there was a need for the heart as well as the head to feature deserved further debate. In Bringing back the human heart to its place in the center Felipe Mardones identifies “the deepest problem with conventional economics” as its being “exclusively intellectual. Thus leaving aside our heart, with its legitimate feelings and emotions.”

This point reminded me of a conversation with a lecturer at Leeds University where apparently, they get their students to engage with the local community as part of their study. The idea, as I recall, is that this makes the intellectual analysis they study more real. Ultimately surely poverty, inequality, destruction of ecosystems are things that can only affect us emotionally rather than intellectually?

What do you think? Come join the debate here….

3 responses to “Commentary on Dialogue Debate So Far: Economics, pluralism and the need for heart”