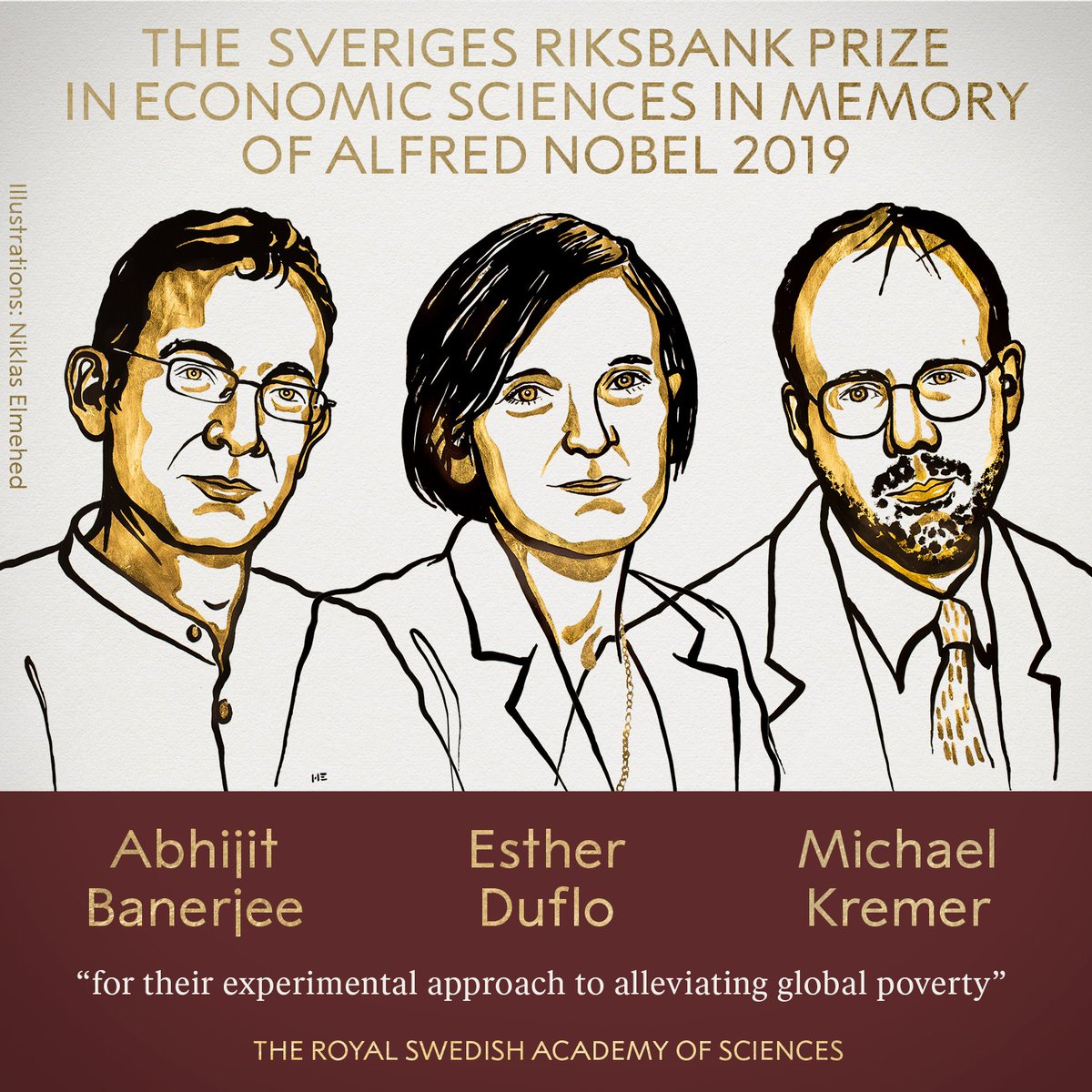 Today, the organisers of the ‘Not the Nobel’ prize responded to the Swedish Academy award of the Nobel Memorial Prize in Economics to Abhijit Banerjee, Esther Duflo and Michael Kremer for “their experimental approach to alleviating global poverty”

Esther Duflo, of Massachusetts Institute of Technology (MIT), becomes only the second woman to win the Nobel Memorial Prize in Economics, and Abhijit Banerjee, also at MIT, becomes only the third black or Asian winner.

Henry Leveson-Gower CEO of PEP and founder of the Not the Nobel Prize said: “We’re delighted to see the Nobel Foundation taking small steps to recognise that economics needs greater diversity. But the choice of this year’s prize winners still gives the message that economics is a matter for experts who have the ‘scientific’ answer.”

“That is why we created the Not the Nobel Prize to give everyone a say over what counts as economic thinking and action we need to solve our 21st century challenges. Values and politics need to be recognised as central to economics.”

Abhijit Banerjee, Esther Duflo and Michael Kremer’s are leading practitioners of the use of randomised controlled trials (RCTs) in poverty alleviation. This a technique taken from medicine to find the ‘right’ scientific answer. It is controversial because society and economies rarely present standard problems.

Christopher Cramer, Professor of the Political Economy of Development at SOAS, University of London said: “RCTs have proven relatively useful in finding out what works for very clear and discrete ‘interventions’ in very specific contexts. But arguably they have limited use in understanding the deeper dynamics of poverty, distribution, and economic development. They have not proven very effective in dealing with power, with the social relations – and yet these are key to understanding why, for example, many social safety nets do not benefit the poorest.”

The Not the Nobel Prize is aimed at opening up economics to wider debate. Anyone can nominate candidates and the winner is decided by public vote. This is in contrast to the secretive nomination and confirmation process of the Nobels.

The inaugural Not the Nobel prize was won earlier this month by Mariana Mazzucato, Professor in the Economics of Innovation and Public Value at University College London (UCL) for ‘reimagining the role of the state and value in economics’.

Mazzucato is the author of ‘The Entrepreneurial State’ and ‘The Value of Everything’. Her research has uncovered the hidden role of state research funding into some of the private sector business successes like Silicon Valley. Famously, she showed that every piece of technology that makes the iPhone ‘smart’ from the internet and GPS to touch-screen and Siri was government funded.

Mazzucato has advised the UK government, European Commission, and American politicians such as Elizabeth Warren on healthcare and Alexandria Ocasio-Cortez on the Green New Deal. She argues that the state helps to create and shape markets, and that we must learn from previous missions, such as the Apollo mission to the moon, as society responds to climate change.

The Nobel Memorial Prize in Economics was created by the Swedish Central Bank and first awarded fifty years ago. It has been awarded to 84 people. The prize has been dogged by controversy since its creation. Alfred Nobel the founder of the awards never wanted an economics prize, his descendants want it scrapped and right-wing economist F.A. Hayek said it was dangerous. The Swedish Central Bank still pays almost $2 million a year to the Nobel Foundation to run the award.

This year’s prize was only the second time that the Nobel Foundation have cited ‘poverty’ after Angus Deaton in 2015.